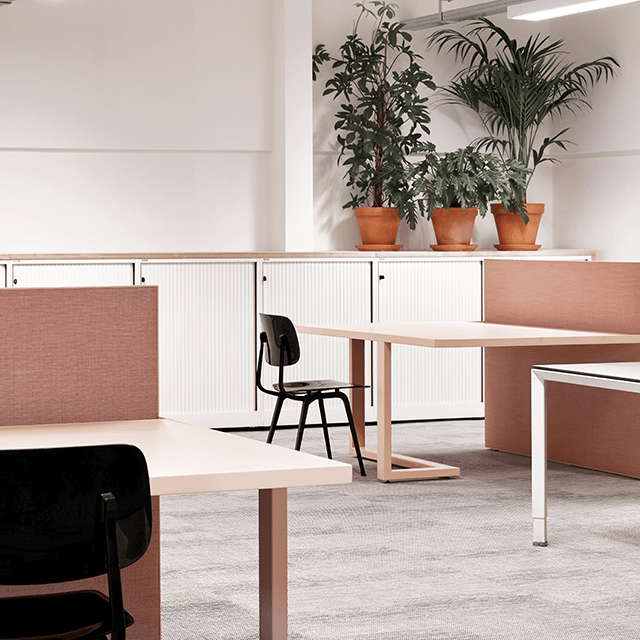 Relocating to smaller premises, reusing the existing furniture and yet formally reinventing its identity — when the Association of Dutch Designers (BNO) purchased two wings at the Wilhelmina Gasthuis in Amsterdam, no challenge was insurmountable. It called upon VEVS Interior Design to create a surprising, no-nonsense, functional working environment. 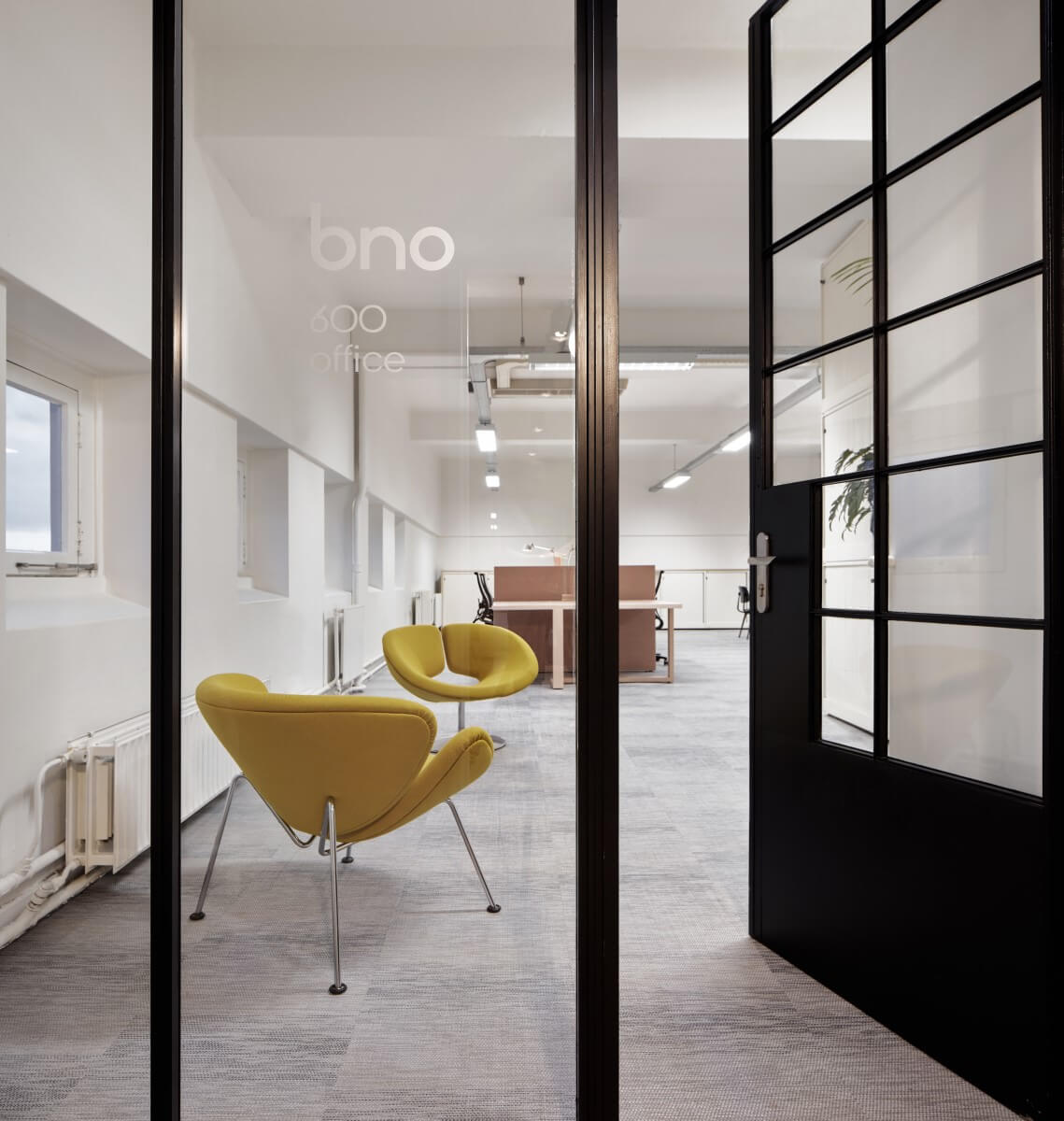 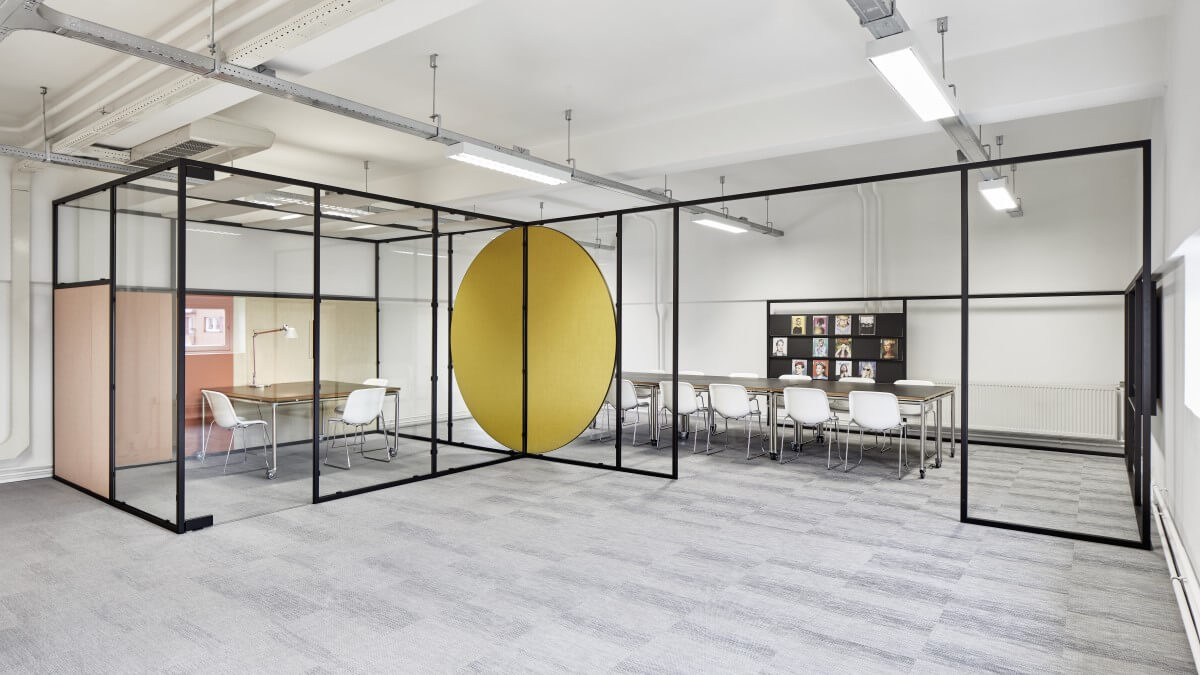 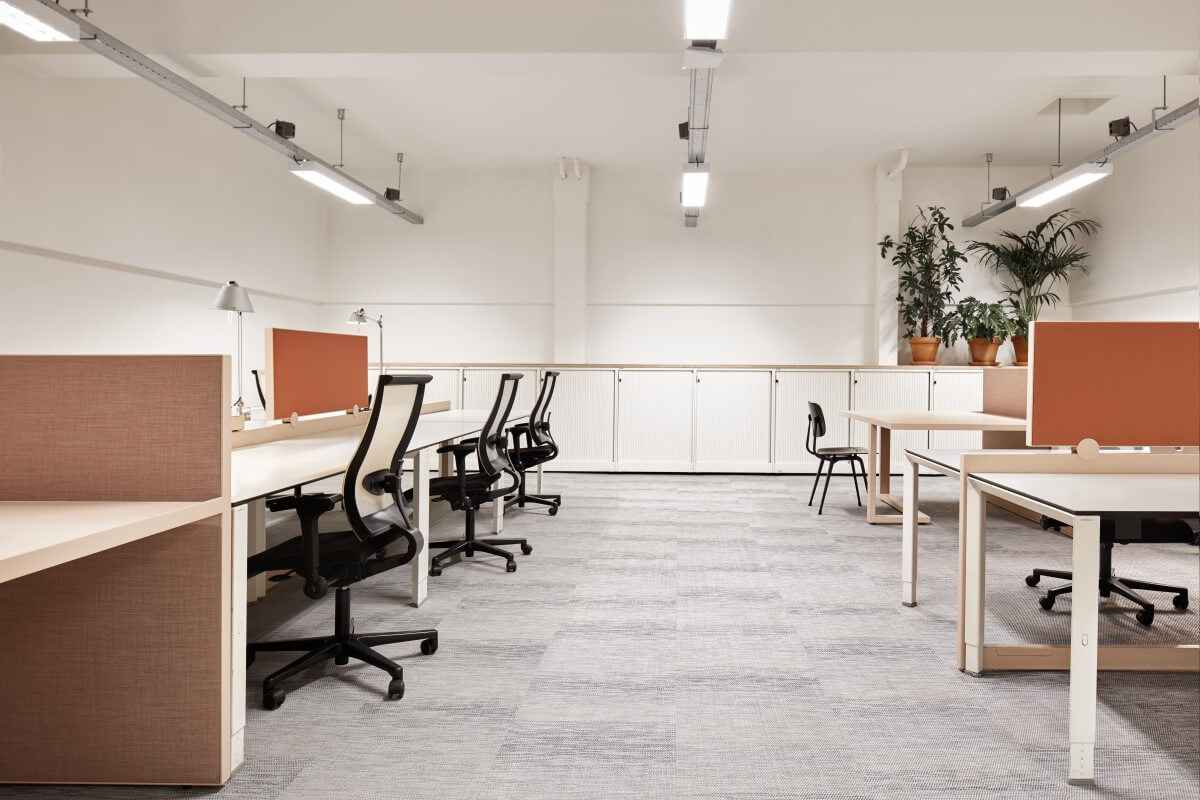 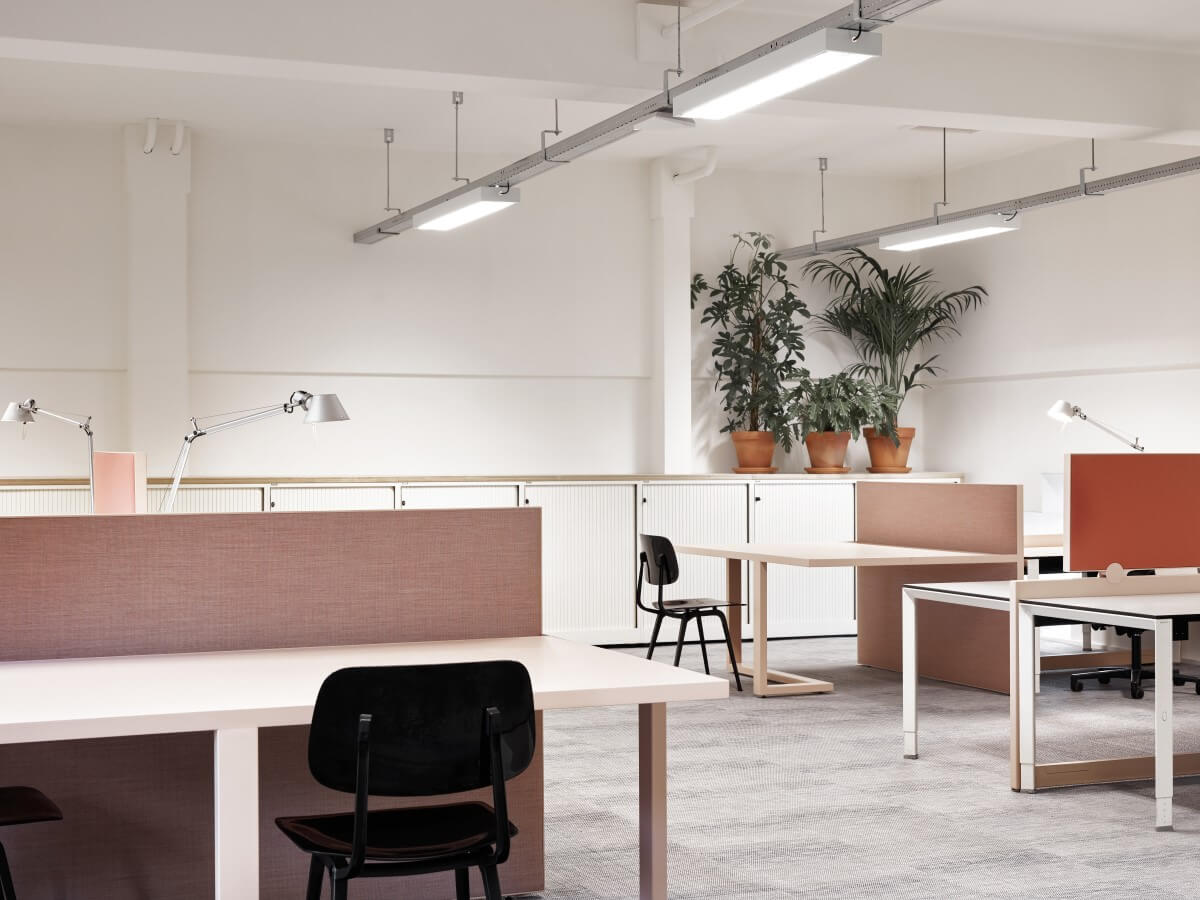 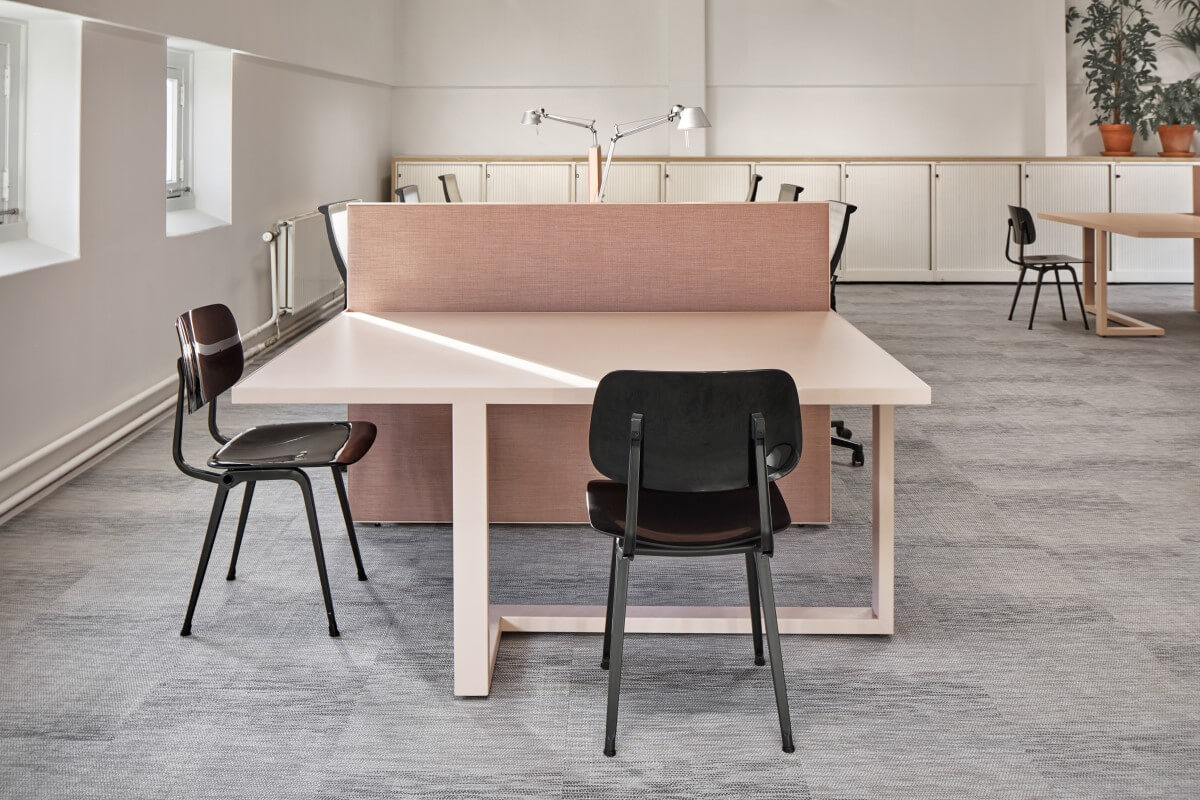 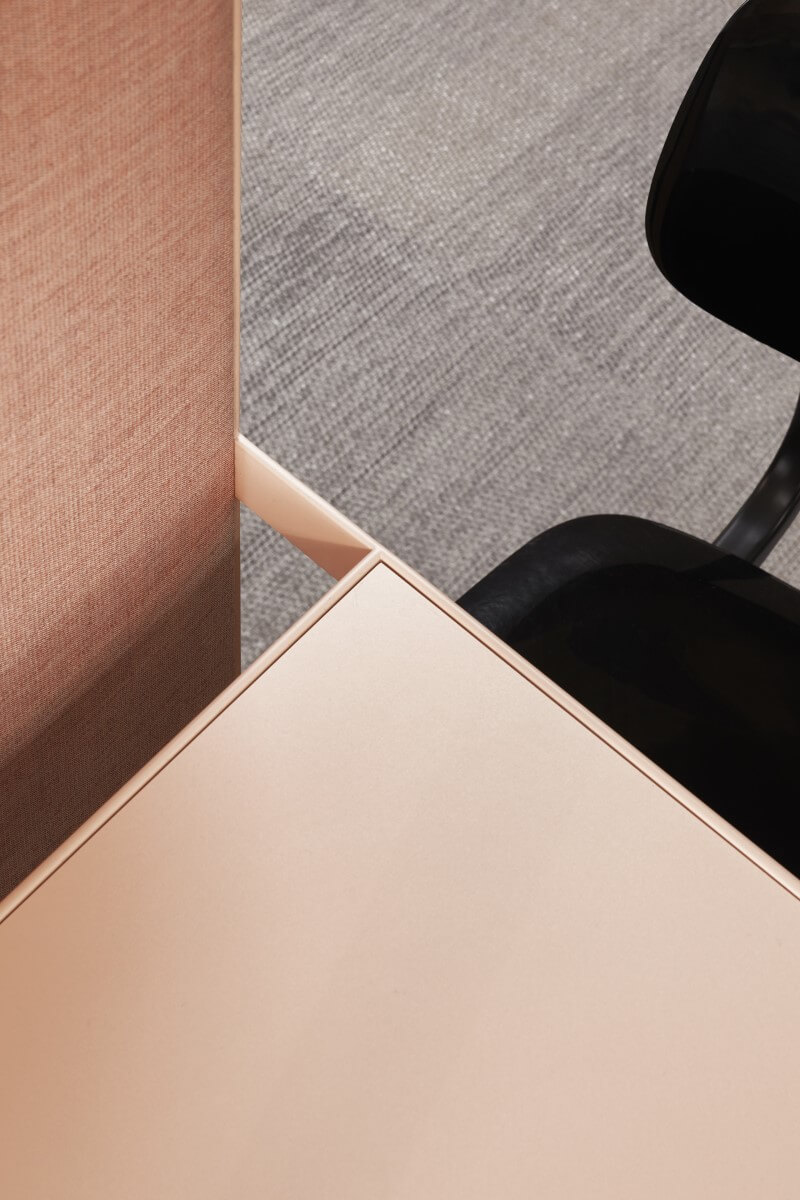 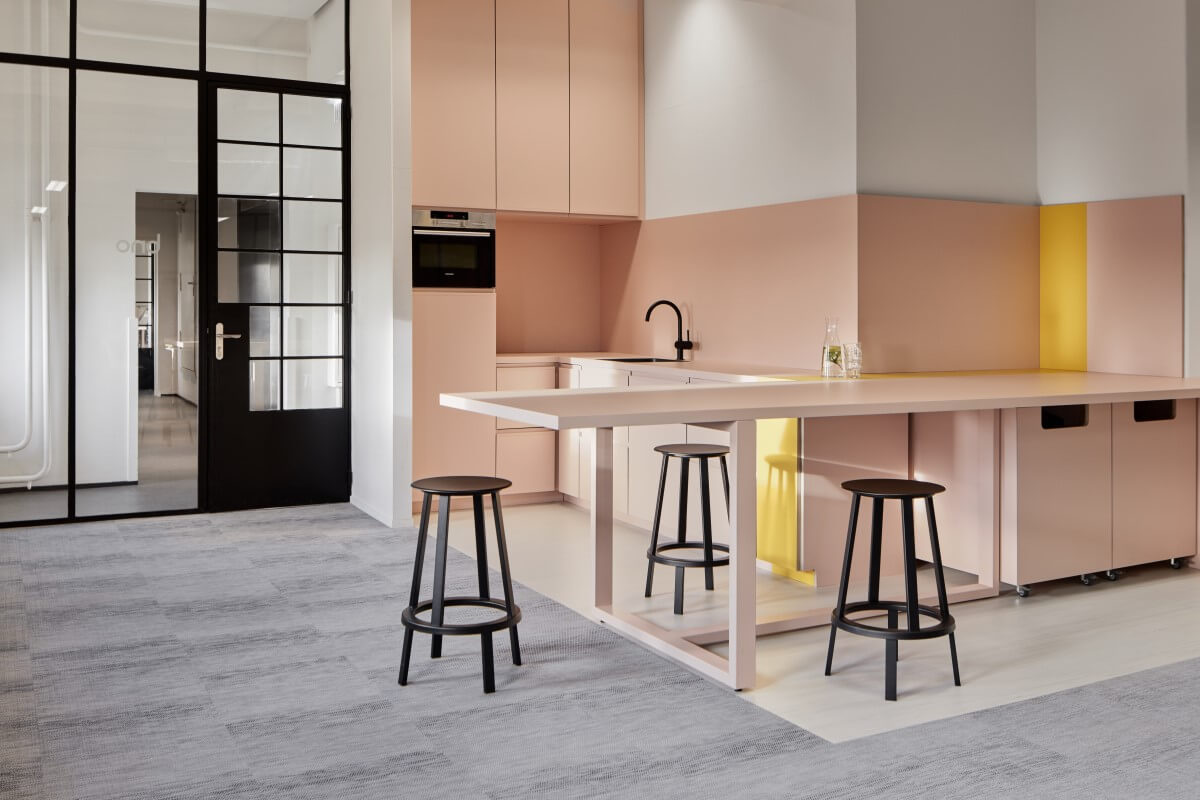 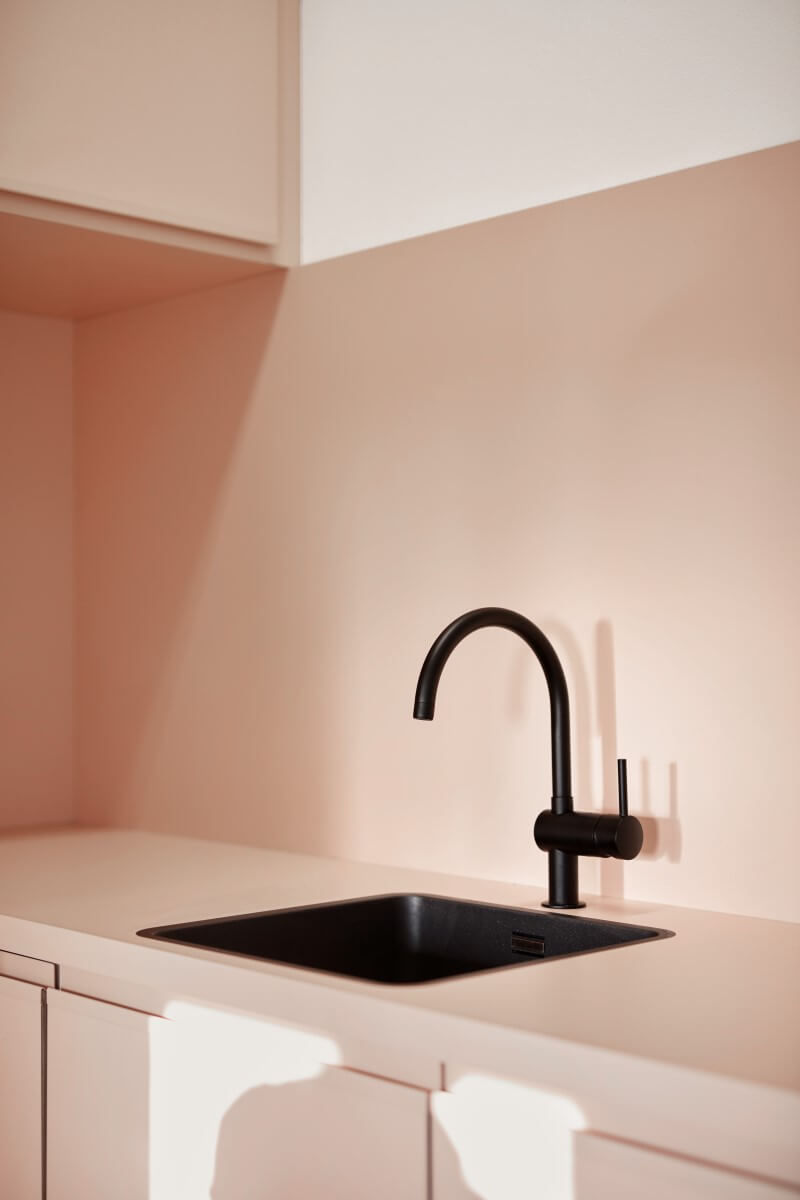 As a former hospital, the Wilhelmina Gasthuis immediately captured the imagination of the designers, even if only for a moment. “We considered opting for the typical green that hospitals use as their main colour,” explains Rob Van Sprang, owner of VEVS Interior Design. “We also thought about tiling the walls and using operating trolleys as storage areas, the location really did inspire us with so many options.”

So why did those ideas get dropped? Van Sprang continues, “The BNO is the kind of organisation that should not just blend in with the decor, but that needs to show off its creative identity. We weren’t allowed to replace the original shell or lighting plan, but by highlighting the graphical shapes of our design, the fixed elements of the room stood out less. At the same time, we also preserved the architecture.”

When it came to designing the hospital wings, VEVS Interior Design relied entirely on the BNO’s own field of expertise, 2D and 3D, from the graphic side to the product and interior concept. To translate that to a real-life environment, the designers opted for a spatial interplay of lines and planes. “Just like a Mondriaan,” emphasises Van Sprang, “but then spatially.”

He continues, “In that respect, reusing the existing furniture was a form of enrichment. Before we started the design, we moved the existing workplaces, tables, chairs and cupboards into the room to give us an idea of how we could go about realising an abstract, graphic composition.”

Simply adding soft-pink worktops and intermediate panels and stacking cupboards helped to create a tension between the different geometric planes in the office. “While the graphic texture of the Bolon woven vinyl helped to enhance the depth effect,” adds Van Sprang. “In the communal area, we used glass and free-standing frames to separate functions, such as the meeting area and recreation area. With black frames and by dividing everything into geometric planes, we’ve given the illusion of lines in the space, filled out with coloured shapes.”

The subtle combination of black, white, yellow and pink has given a timeless look to the BNO’s working environment. Van Sprang continues, “Before they relocated, the BNO was using red, blue and yellow, which was too colourful.”

VEVS Interior Design put together a palette of trendy colours. “White for the background, black for the lines, amber-yellow and soft pink to help accentuate certain shapes and planes in the room,” explains Van Sprang. “They mostly have a supporting role.” Nevertheless, the BNO has fully harmonised its house style with the new interior, including the website, which has been given a rebranding with white, black, yellow and pink as the principal colours.

A dialogue between signatures

The BNO was ultimately very happy with the project’s results. “The power of the design was also in our new partnership,” explains Van Sprang. “There was a lot of conversation leading up to the what we see today. We were looking for something with a little excitement and a little complexity to reconcile their signature with ours.”

VEVS Interior Design used a tightly composed interplay of lines, something that Van Sprang’s work is renowned for, but with a characteristic interpretation more specific to the BNO. “I have my own style, of course, but if I look back at my projects, I see varying colours and all manner of differences in stratification and structure. After all, the starting point for any design is the unique story of my client,” concludes Van Sprang.

VEVS Interior Design used the UNILIN Evola U656 CST - Tanned Peach and U135 CST - Amber Yellow for the soft yellow and amber-yellow notes.