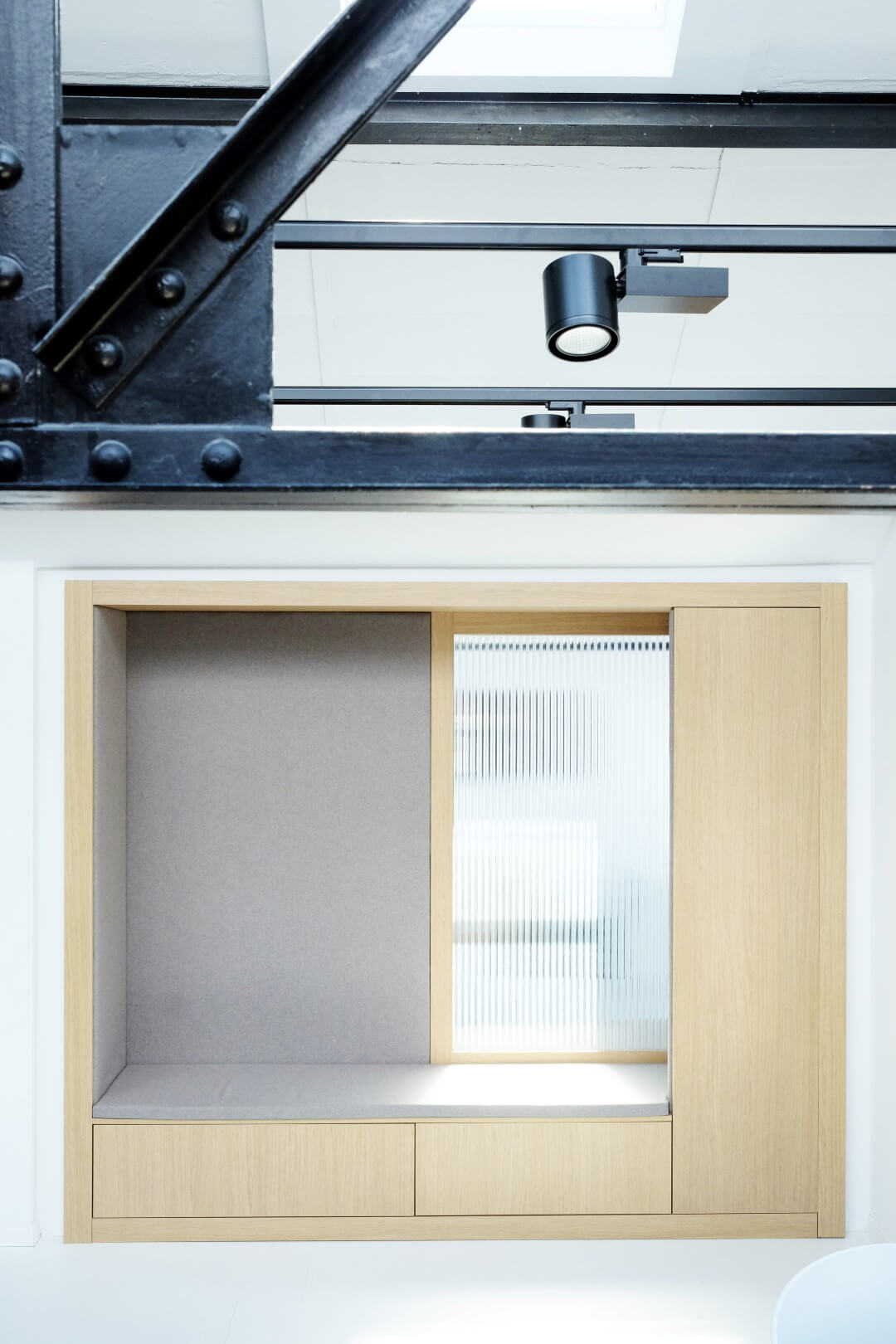 Lavagraphics, a graphic and web design bureau based in Ghent, opted to overhaul its entire office space design. The old, industrial building has been given a modern interior with a design that plays with sunlight, shadow and wood. Guillaume Van Moerkercke, interior designer at Ad Random, is the author of the concept. 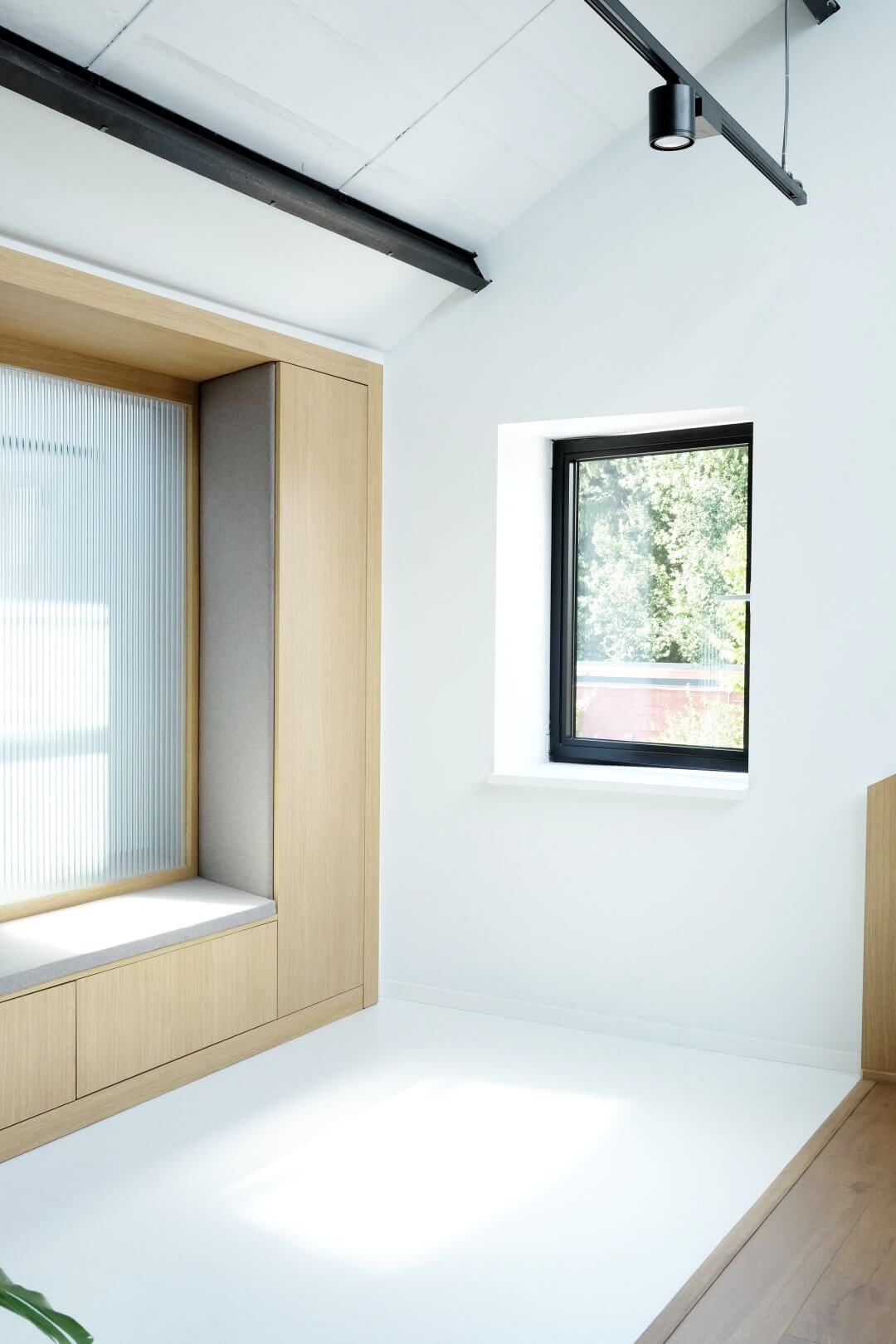 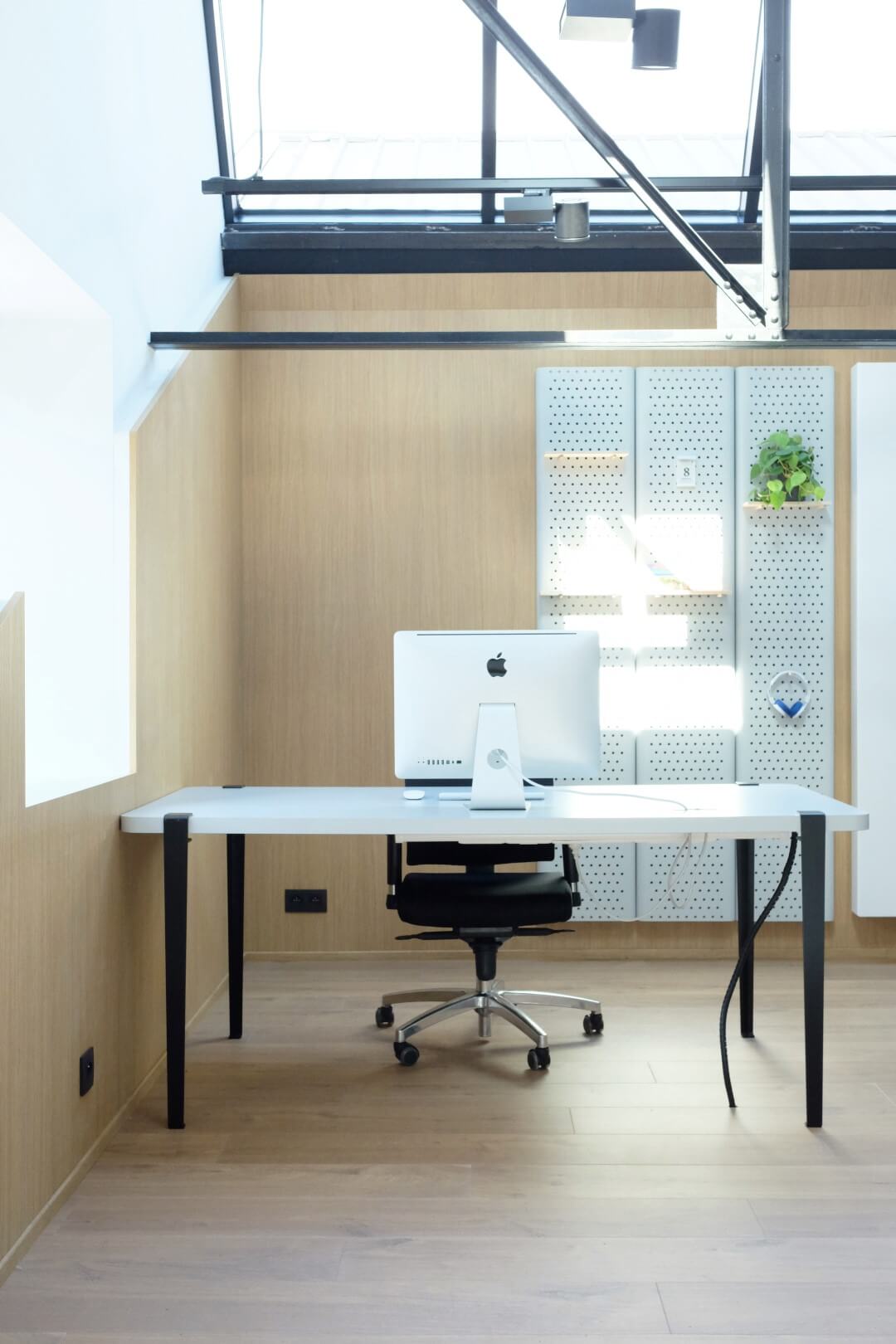 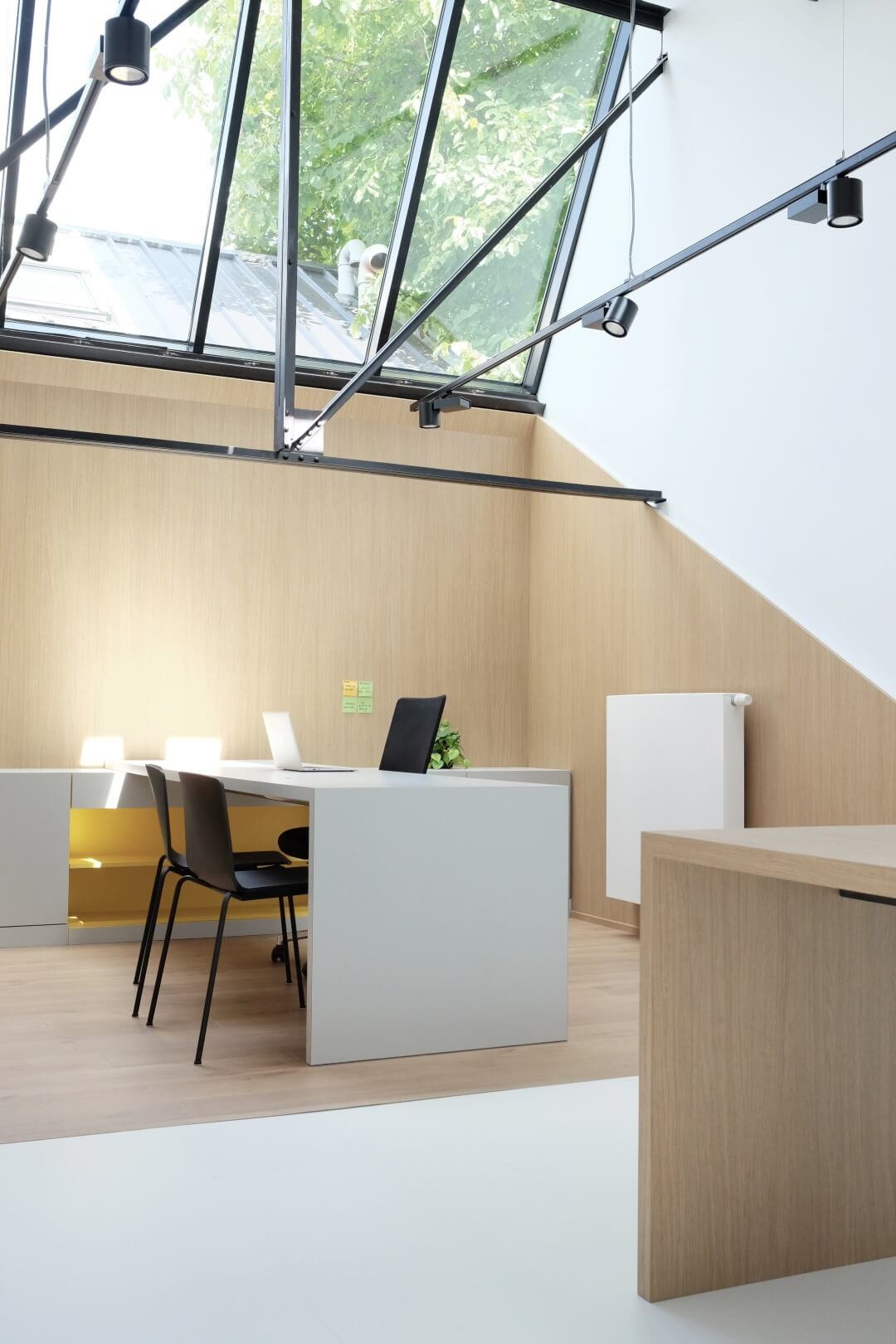 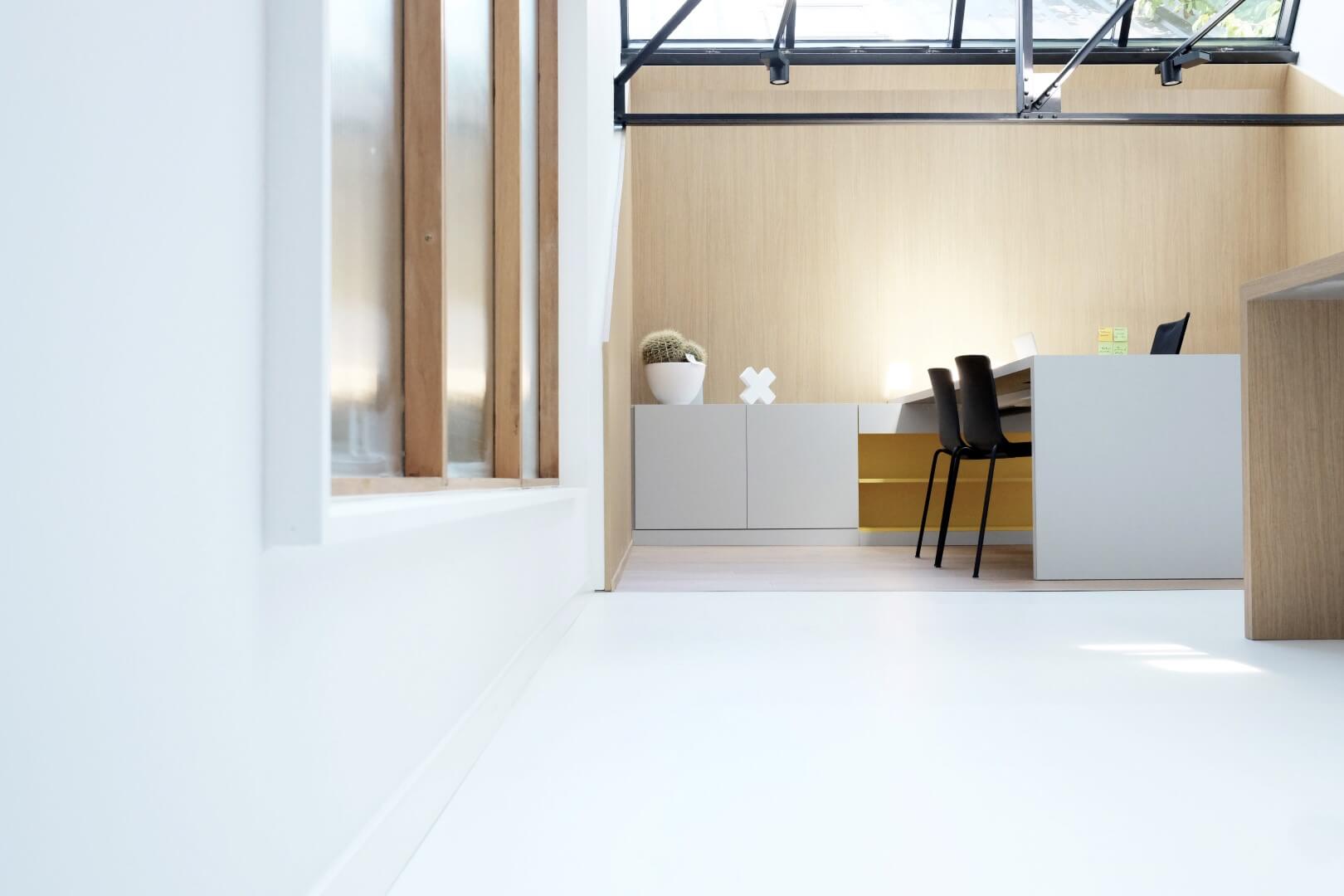 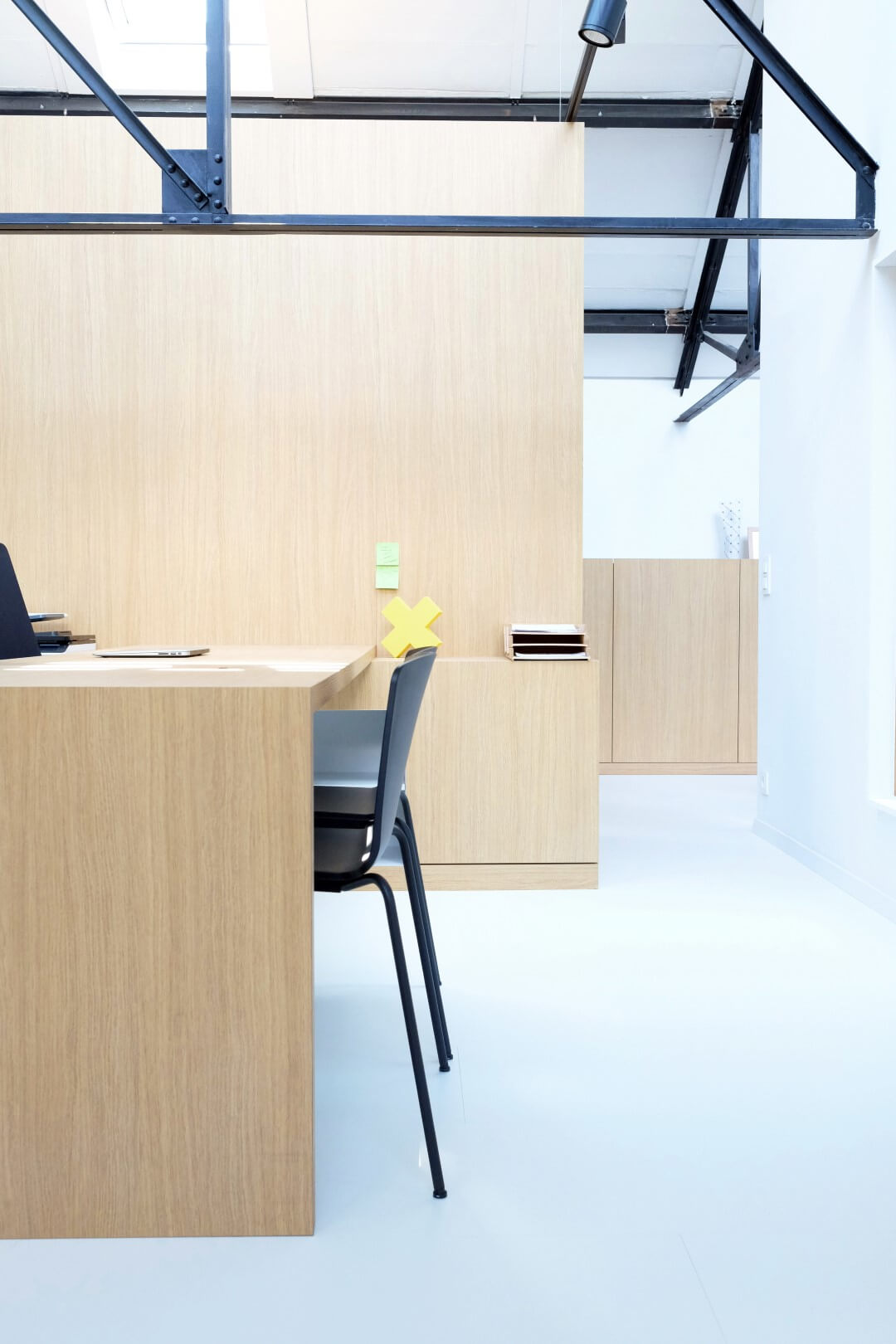 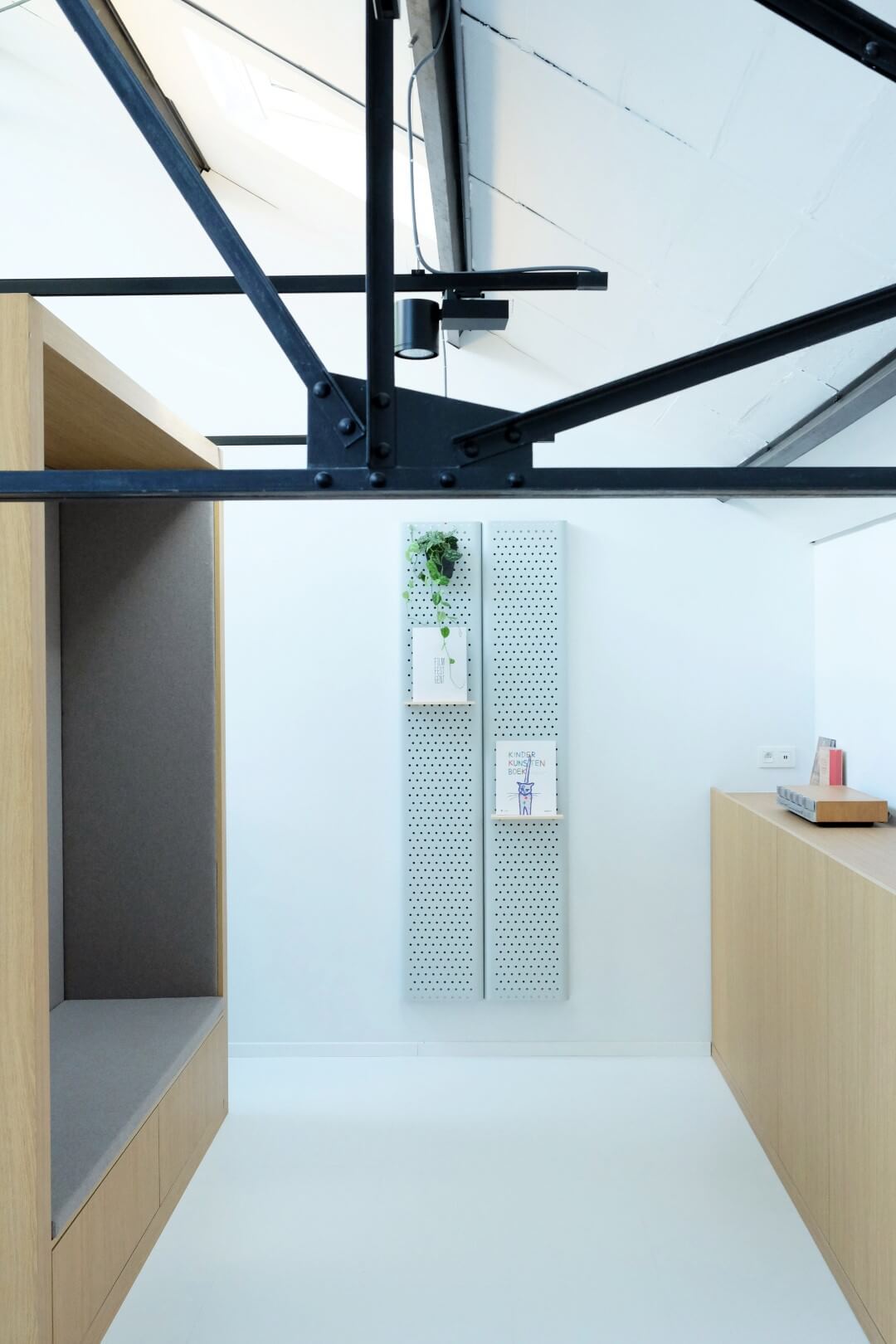 Guillaume Van Moerkercke wanted to design an open workspace with plenty of light exposure and separate spaces, but without physical walls. “Walls have been omitted to help create a sense of openness, but we’ve also built new elements in the form of cabinet walls to ensure privacy. The aim was an open office, and the only place in which you can isolate yourself is the meeting room.”


In an open office, playing with light, material and colour is an art form guaranteed to ensure a feeling of security Guillaume Van Moerkercke (Ad Random), interior designer

A sleek office interior with hints to brand identity

“A flexible office space designed for potential growth.” This was the briefing presented by Lavagraphics for the new office design. “It was such a generic briefing, so I could really use my creativity,” laughs Guillaume Van Moerkercke. Guillaume realised a sleek design based on neutral colours with the occasional nod to the company’s overall brand identity. “In the end, the final interior has everything that Lavagraphics asked for, but we managed to develop the idea in a different, more creative manner.”

“There is a lot of light exposure in the office, so we played around with this in the design. The areas into which the sun shines have been given wooden furniture with a white background. The darker areas, where the sun never reaches, have been given wooden decorative panels and light-grey furniture. This helps to create a reverse effect between the two sections of the office and separate spaces without having to build walls. We applied the same concept to the managers’ office, with half white and half wooden walls, broken up by office furniture.”